Customers from New Zealand reported that on Wednesday, the Vodafone mobile app had a bug which allowed the customers to view details of other customers.

The mobile application of Vodafone allows the users to manage their telecommunication account which includes information related to call rates, reward points, promotions, and data plans. The main feature of the app is that it allows the user to block the number when required. This feature of the app uses critical sensitive user data which could cause menace if put in wrong hands. 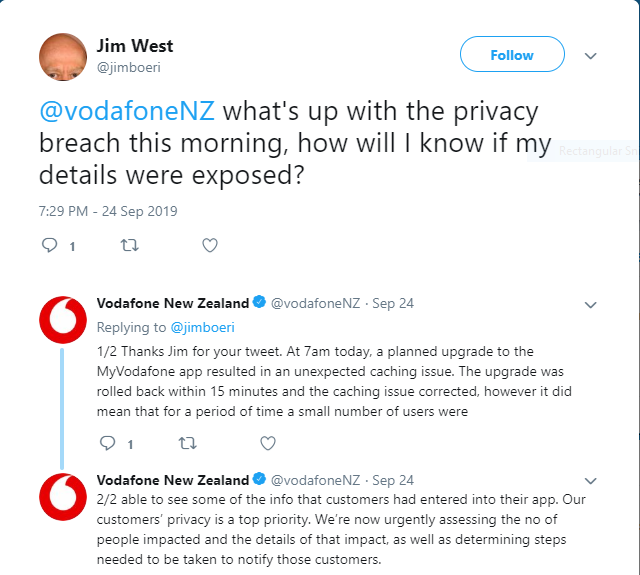 Vodafone confirmed the bug and stated that it was caused by an error during the update period. The bug lasted only for 15 minutes and later was fixed by the company by rolling back the upgrade. Customers reported that signing in to the mobile application displayed the data of some other customer in the dashboard and resigning was not helpful.

This bug openly gave access to the accounts of customers and anyone with malicious intentions could use it for their benefit. A Vodafone official has confirmed that the issue has been informed to the Privacy Commissioner and they are in the process of contacting the affected individuals.

Use NPAV for total protection