According to reports, 25 million Android devices around the world were infected by way of a plague referred to as Agent Smith, of which 15 million are in India. The Agent Smith virus pops ads on infected phones and is reportedly infecting devices through third-party app stores.

As soon as the virus has made its means onto your device, it conceals itself by means of renaming itself to whatever like Google Updater, which most users would skim over without a second thought.

The virus allegedly exploits recognized vulnerabilities in Android and disguises itself as a Google-related app. It then infects and replaces existing apps with malicious models of themselves. This manner the virus is in a position to freely gather user info, which would potentially financial credentials. Customers are more often than not without difficulty pleased to furnish permissions to the non-malicious version of these apps, which makes the virus’s job even simpler. Once contaminated, the virus worms its approach into general apps on Android gadgets and continues popping even more advertisements. 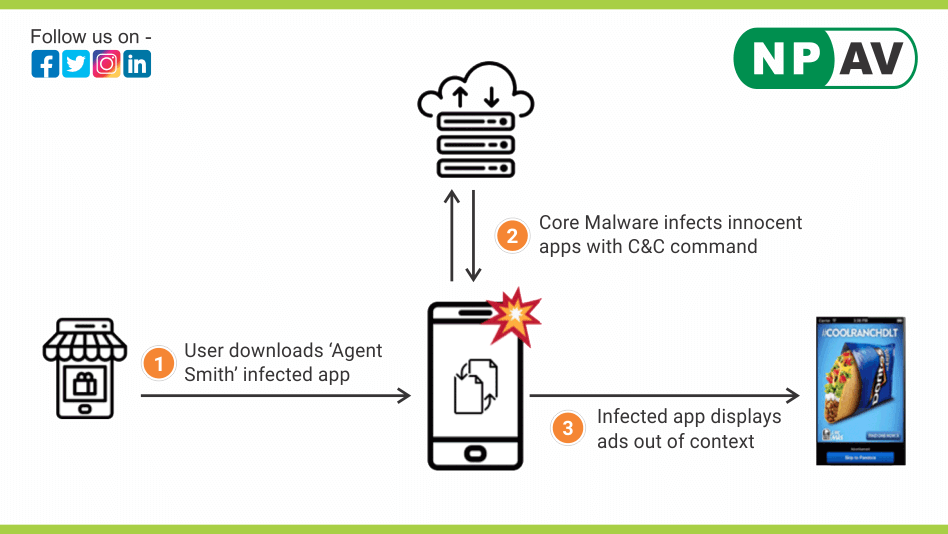 Researchers revealed the top five most infectious droppers had been downloaded over 7.8 million times. Some of these apps are Color Phone Flash – Call Screen Theme, Photo Projector, Rabbit Temple, and Kiss Game: Touch Her Heart.

In order to avoid being infected, avoid downloading and installing apps from third-party app stores and keep your downloads limited to only the Play Store. Be sure to go over permissions that you give to installed apps. Especially apps with Google in their name as that’s what the app disguises itself as.