A new and active campaign for the CryptON Ransomware is currently underway where attackers are hacking into computers with Internet accessible Remote Desktop Services.

Once the attackers gain access to the computer they manually execute the ransomware and encrypt your files. 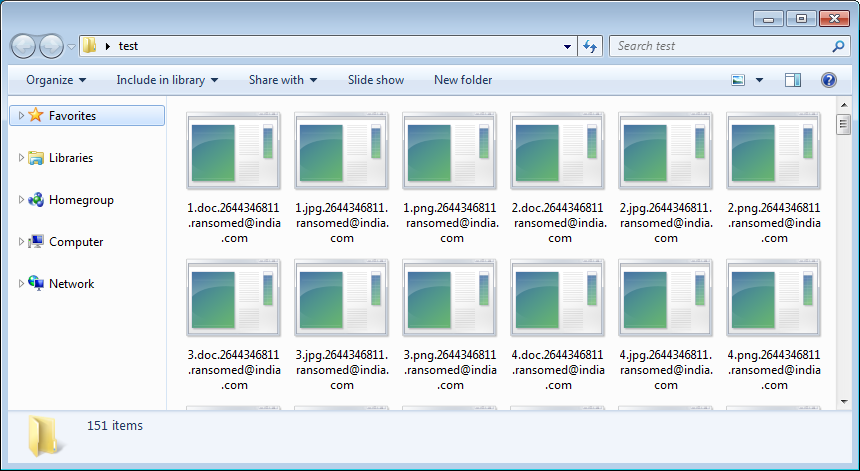 In each folder that files are encrypted, a ransom note named HOWTODECRYPTFILES.html will also be created that contains instructions on what has happened and how to connect to a TOR support site to receive instructions. 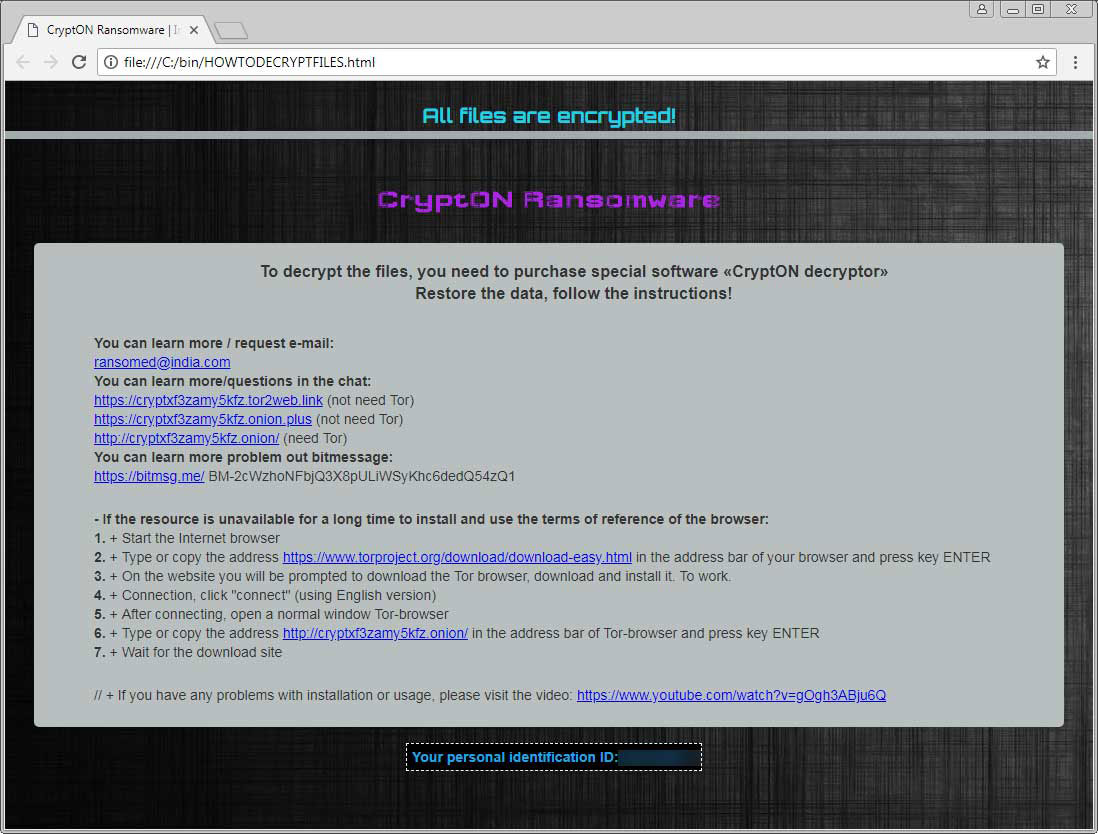 The CryptON support site is nothing fancy. It just has a chat form that you can use to communicate with the attackers in order to receive payment instructions. 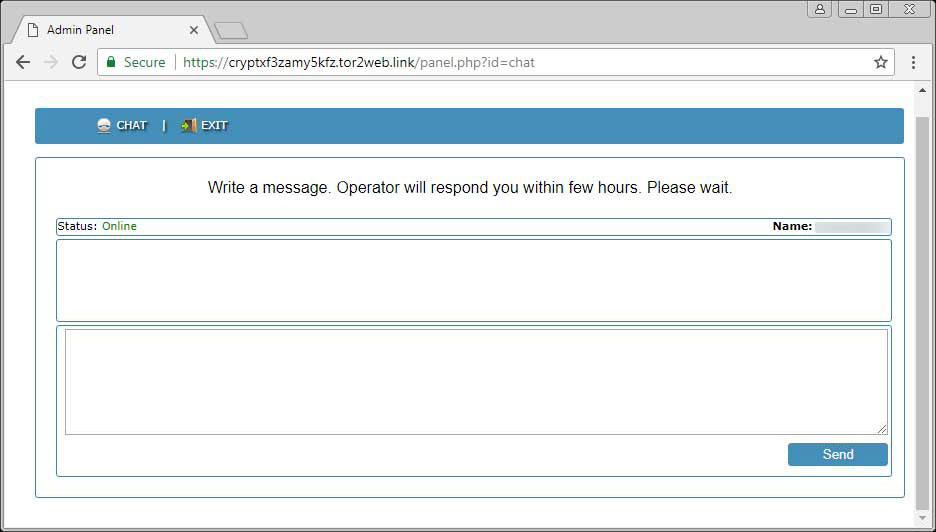 It is not possible to decrypt the CryptON Ransomware Variant

Unfortunately, at this time there is no way to decrypt files encrypted by the CryptON Ransomware variant for free.

How to protect yourself from the CryptON Ransomware?

In order to protect yourself from CryptON, or from any ransomware, it is important that you use good computing habits and security software. First and foremost, you should always have a reliable and tested backup of your data that can be restored in the case of an emergency, such as a ransomware attack.

As the CryptON Ransomware is commonly installed via hacked Remote Desktop services, it is very important to make sure its locked down correctly. This includes making sure that no computers running remote desktop services are connected directly to the Internet. Instead place computers running remote desktop behind VPNs so that they are only accessible to those who have VPN accounts on your network.

It is also important to setup proper account lockout policies so that it makes it difficult for accounts to be brute forced over Remote Desktop Services.

You should also have security software that incorporates behavioral detection’s to combat ransomware and not just signature detections or heuristics.

Last, but not least, make sure you practice the following good online security habits, which in many cases are the most important steps of all:

Do not open attachments if you do not know who sent them.

Do not open attachments until you confirm that the person actually sent you them,

Make sure all Windows updates are installed as soon as they come out! Also make sure you update all programs, especially Java, Flash, and Adobe Reader. Older programs contain security vulnerabilities that are commonly exploited by malware distributors. Therefore it is important to keep them updated.

Make sure you use have some sort of security software installed.

Use hard passwords and never reuse the same password at multiple sites.

If you are using Remote Desktop Services, do not connect it directly to the Internet. Instead make it accessibly only via a VPN.

All Users are requested to:

Net Protector customers are protected from such new and dangerous ransomware.